What Colours Can Dogs See? 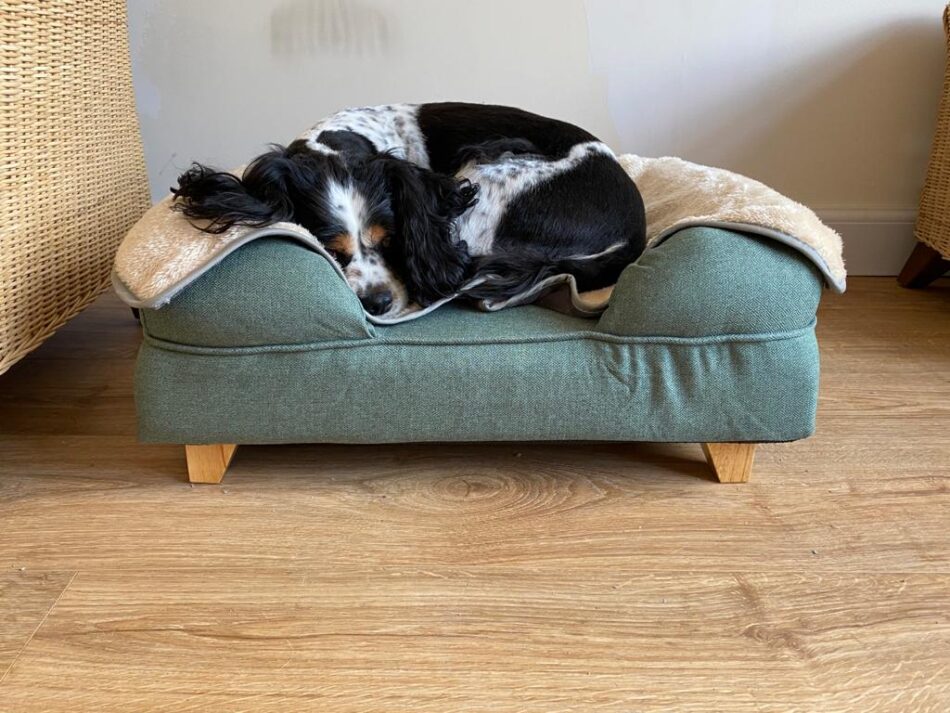 It is a common myth that dogs only see in black and white. This is not the case, although their colour vision is limited compared to humans’.

The average person can see ‘all the colours of the rainbow’, from red to violet. However, dogs don’t have the same light receptors in their eyes as we do, and to them the rainbow is missing the red half of the spectrum. They can, however, see the yellows and blues. Indeed, a rainbow, to a dog’s eyes, is a series of yellows and blues of different shades.

The ‘missing’ reds and oranges will appear to dogs as the various shades of light brown labelled ‘tan’. The greens in grass, trees and other plants are also tan to a dog. That bright red ball lying in the lush green grass may be very clear to you, but to your pet dog, the ball and the grass are both brown. Buy your dog a yellow or blue toy, however, and it will be as visible to your dog as it is to you.

Luckily for dogs, they rely on their sense of smell more than sight, so locating that ball in the grass won’t be so tricky, no matter what colour the toy is.

Do dogs see colours in their beds and toys?

As long as you don’t decorate your dog’s crate, Fido Nook or other cosy corner with reds, oranges and greens (which will all appear brown to a dog), they will appreciate a splash of colour. There’s nothing wrong with shades of tan either!

There is no evidence, either, that a dog prefers a blue or yellow ball to a red or green one. They will, however, be likelier to lose track of a light brown ball in the light brown grass.

How do we know dogs can’t see certain colours?

In the earliest research into animal vision, dogs were taught to choose a disc that was a different colour from the others by touching the odd-one-out with their noses. If they chose the right one, they were given a treat – always a great incentive, as any dog owner knows! Sometimes, however, even the most well-trained dogs struggled to identify the odd-one-out. This told the researchers that the dogs were unable to distinguish between certain colours. When the discs were all red, apart from one green one, all the dogs could see were light browns!

Scientists are also able to use electroretinography to measure how animals’ eyes react to light. It was soon confirmed that key ‘cone cells’ responsible for registering colour in human brains were absent in dogs. Humans have three types of cone receptor, while dogs only have two. 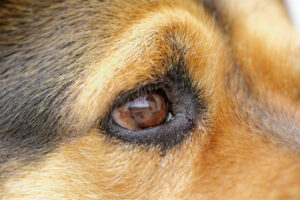 Do dogs have good eyesight?

It may come as a surprise to many people that dogs, in addition to their poorer colour vision, cannot see as clearly as humans. Beyond a certain distance, everything becomes blurry for them. They have a genetic short-sightedness that prevents them from seeing distant objects clearly. The degree of short-sightedness varies between dog breeds, and it comes as no surprise to learn that so-called ‘sight hounds’ such as the Afghan Hound, Greyhound, Irish Wolfhound, Scottish Deerhound and Whippet have better eyesight than Chihuahuas, Pugs and Bulldogs.

However, dogs’ eyesight comes into its own at dawn and dusk, when they can see just as well as they do in the daytime. Like cats, they have retinas that function well in poor light. The shape of their eyes’ light receptor cells and a reflective tissue layer at the back of the eye combine to create this low-light supervision.

And yes, that reflective layer is why dogs’ (and cats’) eyes always have a ‘red eye’ effect in photographs, and in car headlights. No wolf pack in a horror film would be complete without those glowing eyes!

Dogs also have a broader field of vision than humans, as their eyes are more on the side of the head than ours. This enables them to take in details that we would either miss or would be half-glimpsed things seen ‘in the corner of the eye’.

Why do dogs see less colour than humans?

Dogs evolved as hunters, just like modern wolves. On the one hand, this might make you assume that fantastic vision would be essential, as it is, say, in a bird of prey. However, the difference between a dog and an eagle is that the dog evolved to hunt at night, or at dawn and dusk. A hunter doesn’t need full-colour vision at night, as colours simply disappear when the sun goes down. The key skill is to detect motion and to see things vividly in the half-light. In these respects, dogs’ eyes excel, and their eyes are super-sensitive to movement.

Humans, in contrast, evolved as daytime hunters, and that’s why we have better colour vision. At night, our eyes are hopeless without some kind of artificial light. At dawn and dusk, our brains have great difficulty identifying moving objects with certainty. That’s why ghosts, goblins and other supposedly supernatural sightings occur at these times of day – they are a function of our brain trying to busk in the half-light!

Human vision, then, contains more colour than a dog’s. However, we are certainly not top dogs when it comes to colour vision in the wider animal world. Many insects, including bees and butterflies, as well as many fish and crustaceans, have far more light receptors than we do and can see far more colours in the rainbow and the world around them.

But a dog’s vision is still perfect – for a dog!