Why Do Cats Love Catnip? 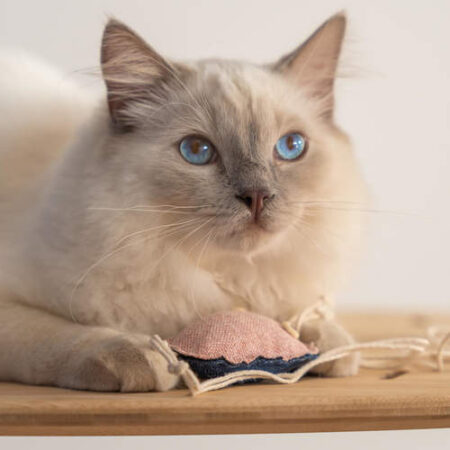 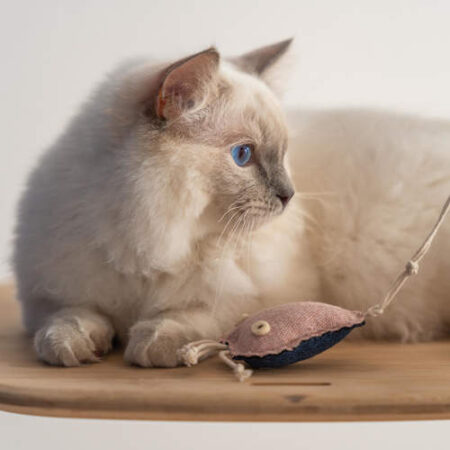 Whether or not you’re familiar with cats, you’ll likely have heard of catnip. Renowned for sending cats “crazy”, catnip is actually a member of the mint family that also goes by the name of Nepeta cataria. The plant grows in Europe, Asia, Africa, and North America, containing nepetalactone, an oil, or chemical compound, found within the catnip’s leaves.

But why do cats love catnip so much? When cats sniff catnip, the nepetalactone enters their nasal tissue, sending signals to the brain. This stimulates sensory neurons, targeting receptors that usually result in behavioural changes. As your cat reacts to the herb, you may witness them shaking their head, licking, rubbing, leaping, or rolling around. Their behaviour can also mimic a cat being in heat, even for male cats, with others displaying feelings of euphoria through being overly affectionate, relaxed, or playful.

How Can I Use Catnip?

Catnip is widely available in a number of forms. Although you can use the plant directly in its fresh, natural state, most commonly, catnip is found dried, or flaked. This can be used on anything including toys, bowls, or simply be scattered around your home. Alternatively, you can purchase catnip spray to spritz onto your cat’s favourite things. Catnip toys are also very popular, with the herb being used in a number of different types of toys including the Omlet’s collection of ocean-themed Maya Cat Toys. However, don’t worry if your cat isn’t too keen on catnip, the toys are also available without.

Seventy percent of cats will show some reaction to the plant, and whilst most go wild for the stuff, others simply aren’t interested or won’t respond to catnip. This isn’t anything to be concerned about and may be for two reasons. The first being that your feline friend lacks the gene that makes them responsive to catnip. The catnip response is hereditary, relating to the autosomal dominant gene which, interestingly, is not exclusive to domestic cats. Also found in big cats such as lions, fascinatingly, they too can be affected by catnip with effects lasting for up to an hour, compared to a reaction usually only lasting for up to fifteen minutes with our domestic cats!

Equally, your cat’s age may be another reason as to why they seemingly do not like or are not interested in catnip. Catnip is not harmful to kittens, however researchers have found that kittens under eight weeks old show no reaction to catnip. Cats usually show signs of whether they’ll be a catnip lover or not by the time they reach around six months old. 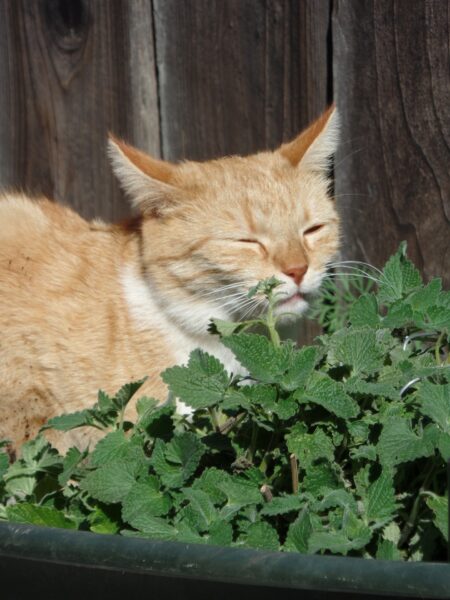 As we earlier discovered, catnip can have a sedative effect on cats. Consequently, this can help with their stress levels and in turn, work as a natural form of anxiety relief.

Research suggests that cats may actually benefit from catnip as pain relief. The plant has the potential to work as a short term solution for cats with muscle pain or arthritis, similarly to how aspirin or paracetamol works for humans.

With cats often becoming highly energetic after interacting with catnip, this encourages play and exercise, even more so with catnip toys that are bound to give your cat hours of enjoyment. If your cat is particularly playful, they’ll have great fun chasing around the Maya Cat Wand Toy with catnip, and the detachable wand makes it easier for you to raise the toy up high.

Can Help With Bath Time

If you’ve got a cat that doesn’t love bath time quite as much as they love catnip, then adding catnip to their bathwater might make things a lot easier for the both of you. Catnip can make a bath a lot more appealing for your pet, which you can do by adding up to a teaspoon of flakes to boiling water, allowing it to soak, and then putting it into the bath.

If you do decide to give your cat a taste of some catnip for the first time, you’ll want to initially start off with a small amount to gauge their reaction. Should your cat respond well, you can continue to incorporate it into their routine up to a few times a week. Fortunately, catnip is a completely safe product and your cats will not be able to overdose from it. At worst, your cat may experience some digestive issues, however, most cats will let their owners know when they have had enough by refusing.

« Common Allergies in Cats and Dogs
Do Dogs Have to be Microchipped? »