Why Are Black Cats Said to be Unlucky?

The cause of this drastic reversal of fortune, and the fact that black is the new white, is transatlantic exchange. In America, which in its early days was obsessed with witches and witchcraft, black cats – the classic pet of the witch – were demonized, and that superstition has been imported along with all the other baggage of the American Halloween. What Halloween goody bag is complete without its pumpkin, bat and black cat?

The American blacklisting of black cats is linked to the days when British settlers were founding colonies in New England. These founding fathers were Christian fundamentalists, hounding out anything they perceived as witchcraft. Witches and their pet cats were viewed with fear and hatred, and a black cat was thought to be particularly demonic. They featured regularly in witch trials of the period.

This classic US symbol of bad luck began to overturn the black-cat-good-white-cat-bad superstitions of pre-20th century Britain after the appearance of the 1934 movie The Black Cat, starring Bela Legosi and Boris Karloff (more famous for their Dracula and Frankenstein’s Monster roles in that same decade). The film was based on a short story by American horror writer Edgar Allen Poe, which was first published in 1843. The commercialisation of the American-style Halloween in the last few decades has set in stone these superstitions of the black cat as a scary beast.

Why are black cats sometimes said to be lucky?

The reason why black cats hadn’t been demonized in Britain was that witches and their cats had always been there, originally as part of everyday life. And there was nothing sinister about keeping a cat – they were the only means of controlling the mouse and rat population. The so-called witches were the herbalists and healers of the villages, the Middle Ages version of the GP.

Black cats used to be thought lucky on board ships, not only keeping the rodent population under control, but helping to keep storms away too. Fishermen’s wives sometimes kept black cats at home to ensure their husbands were safe at sea. However, if the cat ran away, or if a random black cat hopped on board and then off again, it meant the ship was in danger of sinking.

In Scotland, the arrival of a black cat in a house was said to be a sign of good fortune. In general, a black cat taking up temporary residence in a porch was said to be a good omen. This is an echo of superstitious ages gone by, when felines (and not just black cats) symbolized domestic happiness. In Ancient Egypt, for example, the cat-shaped goddess Bastet was a symbol of domestic bliss and good fortune.

Gladstone – the black cat of Whitehall

The tradition of black cats as bringers of good luck still survives at the heart of the British government. Whitehall has adopted several cats from Battersea Dogs & Cats Home over the years, for the traditional role of mouse hunter. Many of them have been black cats, including the current holder of the post, Gladstone, who began his official government work in 2016.

Gladstone the black cat is a social media star, not surprisingly. His popular Instagram page makes him one of the most famous black cats around today. 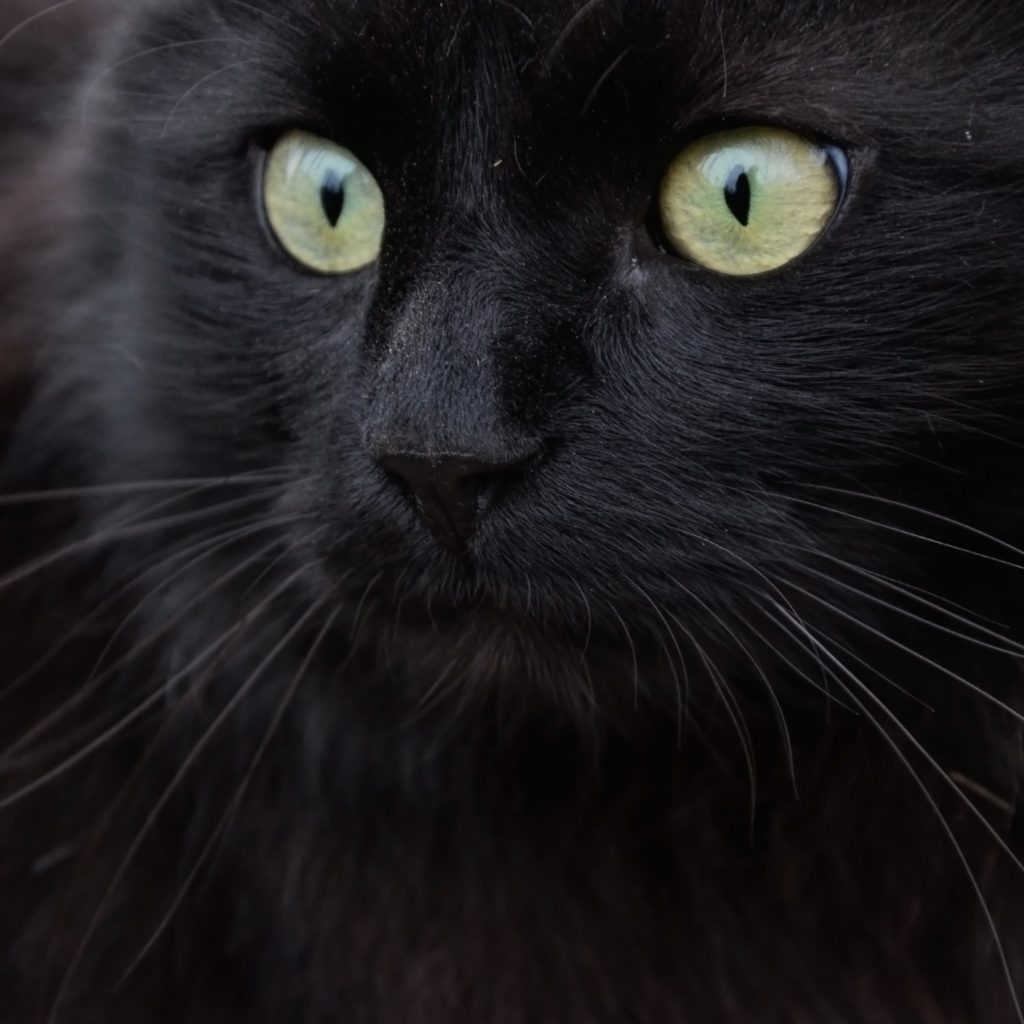 What is the superstition about a black cat crossing your path?

In some parts of the world, including Britain a few centuries ago, the direction of travel of a black cat crossing the road was important. If the cat crosses your path left to right, it means good luck; if it goes the other way, it means bad luck. Similarly, if the cat walks towards you, it brings good luck, but if it runs away from you, it takes the good luck with it. For this reason, chasing a black cat from your property is said to bring misfortune.

The ultimate symbol of a black cat running away is when it dies. In the 1640s, King Charles I was reported to have said that he owed his good fortune to his pet black cat, and that he dreaded the day its nine lives were used up. Shortly after the cat’s death, Charles – having been on the losing side in the English Civil War – was arrested and eventually beheaded.

Where do black cats originate from?

In folklore, the witches’ black cat has very deep roots indeed. In Greek mythology, Hecate, the goddess of witchcraft had a black cat that had originally been Galinthias, a servant of Hera (wife of the god Zeus). She had turned him into a black cat as punishment for trying to prevent the birth of Hercules. Shakespeare’s witchcraft-coloured play Macbeth features Hecate (although her black cat is not mentioned).

Putting all superstition about cats aside, a black cat is simply a cat with the maximum amount of melanin, which turns the fur black. Pure black cats are rare in cross-breed cats, and it is thought that only 22 of the recognized cat breeds can have completely black varieties.

The superstitions about black cats may all sound like simple good fun, but there are definitely downsides. Stray cats and kittens with black fur are harder to relocate, and there are stories of black cats being abused by revelers during Halloween. So, even though we may dismiss the superstition about unlucky black cats as harmless fun, it can still cause very real problems.

The truth of the matter is that black cats, along with all other cats, are wonderful and bring nothing but good luck. The estimated 200 million cat owners worldwide will certainly vouch for that!

« Can different chicken breeds get along?
10 Tips to Help Your Pet Have an Amazing Christmas Break » 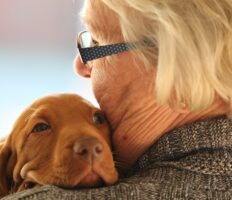 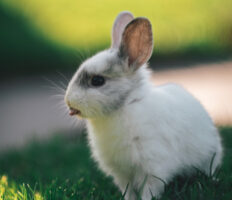